The Facts about RoHS Directive

RoHS is the Restriction of certain Hazardous Substances, a directive from the European Union (EU) for environment protection. This bans the use of certain substances in electrical and electronic equipment products after 1 July 2006.

Waste from Electrical and Electronic Equipment is the directive that deals with the recovery, sorting and treatment of non-compliant products.

Both directives (RoHS & WEEE) will affect :

Manufactures and distributors selling electrical and electronic equipment within the specified categories.

Companies selling equipment produced by other suppliers under their own brand.

It is expected that from August 2005, such producers will be responsible for financing the collection of waste electrical and electronic equipment from central points, specialist treatment, and meeting targets for re-use, recycling and recovery. This Directive covers the same scope as WEEE, except for medical devices and monitoring and control instruments. It also applies to electric light bulbs and light fittings in households.

What are the purposes of RoHS?

Protects human health and the environment by restricting the use of certain hazardous substances in new equipment; and

Certain applications are exempt from the requirements of the Directive including :

Mercury (in some lighting applications).

Lead in the glass of cathode ray tubes, electronic components and fluorescent tubes.

Lead in solders for servers, storage and array systems (until 2010).

The exemptions will be reviewed every four years. Before 13 February 2005 the European Commission will review the terms of the Directive to take into account any new scientific evidence.

What countries are affected ?

"Single market" Directives such as RoHS apply to ALL European Union (EU) member states and must be implemented in the same way to prevent differences in interpretation across the member states. The WEEE Directive is not a single market Directive; it sets minimum criteria for the collection of waste that member states may exceed if they wish.

What are the benefits of the RoHS ?

The extraction of these raw materials and their eventual disposal can cause damage to both the environment in terms of pollution, as well as to human health from occupational exposure and exposure following disposal. The removal of these materials from production will reduce the health risks of exposure, particularly for children, the elderly and pregnant women. 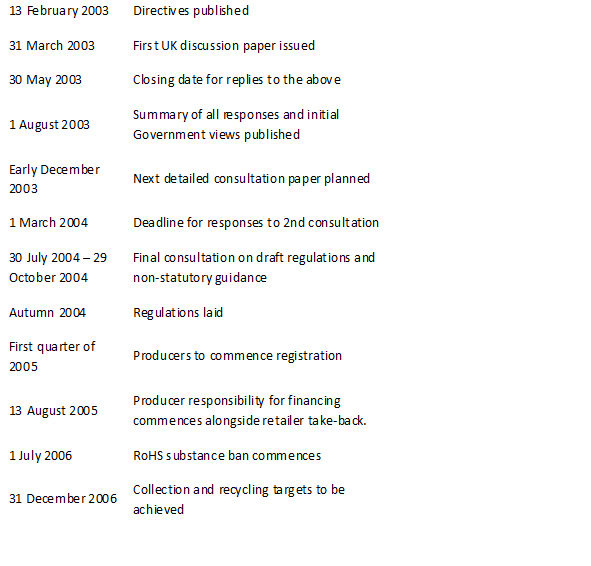 What has RoHS got to do with Macpower ?

Environmental protection is always a priority in a global company, so we, at Macpower are at the forefront of meeting the requirements to meet the high standards of RoHS. We are doing our part to protect the environment and the people by meeting the high standards of RoHS. Our manufacturing plant in China uses one of the best Japanese equipment, EDX-700 by Shimadzu Corporation, to meet the requirements used in RoHS.

This is part of Macpower’s commitments in producing quality, reasonably priced and yet environmentally conscious products.

Are you ready ? Macpower is RoHS Ready !